What is FIPS? How do you complaint with FIPS?

Maintaining the security of sensitive data, such as Personally Identifiable Information (PII), at all stages of its existence is critical for any organization. Standards, laws, and best practices have been developed to make this process easier. One of these standards is the Federal Information Protection Standard, or FIPS. The National Institute of Science and Technology (NIST) developed these standards to protect government data and ensure that those working with the government meet specific safety requirements before being given access to it. Although FIPS contains a multitude of standards, this page focuses on FIPS 140-2. 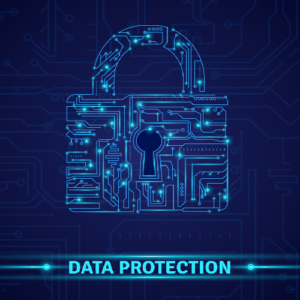 FIPS 140-2 is a standard for cryptographic modules, which are used by businesses to encrypt data in transit and at rest. Level 1 is the least secure, whereas level 4 is the most secure: FIPS 140-2 has four degrees of security:

Level 1 of FIPS 140-2 has the simplest criteria. It necessitates production-grade hardware and at least one thoroughly tested encryption technique. This has to be a functional encryption algorithm, not one that hasn’t been given permission to be used.

Level 2 of FIPS 140-2 raises the bar slightly, requiring all of level 1’s requirements, as well as role-based authentication and tamper-evident physical devices. It should also be operated on an EAL2 operating system certified by Common Criteria.

FIPS 140-2 Level 3– FIPS 140-2 level 3 is the level that the majority of businesses use since it is secure while not being difficult to utilise. This level adds tamper-resistant devices, a separation of the logical and physical interfaces where “important security parameters” enter or depart the system, and identity-based authentication to the level 2 requirements. Before private keys may be transported to or from the system, they must first be encrypted.

FIPS 140-2 Level 4– The most secure level of FIPS 140-2 uses the same standards as level 3, but adds the requirement that the compliant device be tamper-active and that the contents of the device be deleted if certain environmental attacks are detected. Another focus of FIPS 140-2 level 4 is that the cryptographic module’s operating systems must be more secure than in previous levels. When a system has several users, the operating system is held to an even higher level.

Why is being FIPS 140-2 compliant important?

The government requires that any organisation working with them be FIPS 140-2 compliant, which is one of the numerous reasons to become FIPS compliant. This criterion guarantees that third-party entities handling government data store and encrypt data securely and with the appropriate levels of confidentiality, integrity, and authenticity. Enterprises that seek to develop cryptographic modules, such as nCipher or Thales, must become FIPS compliant if they want the great majority of companies, including the government, to use their technology. Many companies have made it a policy to become FIPS 140-2 compliant because it makes their company and services appear more secure and trustworthy.

Another reason to be FIPS compliant is the extensive testing that has been done to validate the strength of the FIPS 140-2 standards. After a series of tests for confidentiality, integrity, non-repudiation, and authenticity, the standards for each level of FIPS 140-2 were chosen. Because the government handles some of the most sensitive data in the country, the devices, services, and other goods they utilise must always be at the greatest degree of security. Using services or software without these tried-and-true ways might result in a catastrophic security breach, causing problems for everyone in the country.

Who needs to be FIPS complaint?

Federal government organisations that collect, store, transmit, transfer, or distribute sensitive data, such as Personally Identifiable Information, are the key organisations that must comply with FIPS 140-2. FIPS compliance is required of all government agencies, contractors, and service providers. FIPS 140-2 compliance is also required for any systems used in a government environment. This comprises Cloud Service Providers’ (CSPs’) encryption systems, as well as computer solutions, software, and other associated technologies. This means that only FIPS 140-2 compliance services, equipment, and software can be considered for use by the federal government, which is one of the reasons why so many technology companies want to make sure they are.

FIPS compliance is also widely regarded as one of the most effective approaches to ensure the security of cryptographic modules. Many businesses adhere to FIPS to ensure that their security meets or exceeds that of the government. Many additional businesses are becoming FIPS 140-2 compliant in order to sell their goods and services not only in the United States, but also globally. Because FIPS is a globally recognised standard, any company that complies with it will be seen as a reliable source of services, goods, and software. FIPS 140-2 compliance is also required in several professions, such as manufacturing, healthcare, and finance, as well as by local governments.

The new RackLift model 600RS server lifter replaces our RL600S with an innovative design capable of lifting devices weighing up to 650 pounds, 295 kg.

Rackmount devices are getting heavier and deeper.  Now data centers need a server lift able to carry an oversized load, centered on the lift table. This is what the 600RS does.

Thanks to the open-back design, larger and longer servers can now be loaded in from the front or backside of the unit.  This innovation allows you to keep expensive equipment centered and balanced during transport.  The 600RS uses a side balanced, double-cabled lift basket.  It is ideally suited for lifting many of the new servers that house all the hard drives on one side causing weight/balance issues.

The most popular industrial dispensing machine in the industry backed by the most powerful tool crib software available.

A powerful inventory management tool in a flexible vending machine format for dispensing everything from tools and safety supplies to boxes.

A customizable asset tracking locker system for items such as laptops, iPads, power tools, gauges or any asset that needs to be tracked. Available with or without recharging capabilities.

A complete stock management and inventory control system, packaged in an automated dispensing machine, with the capacity to hold over 2500 SKUs.

The RackLift RL400 is our entry level server lift.  It is a manual server lifter suitable for data centers lifting below 600 pounds/ 272 kg.

Without RackLift, heavy servers are laboriously stripped of power supplies, fans and modules for lifting manually.  Once installed, all those components are reinserted.  This time-consuming, labor-intensive task can be avoided with a single technician installing a fully assembled device, safely and easily.

The RL400 enables you to install devices in tight spaces and containment aisles.  This data center lift can be operated easily by anyone with average physical strength, thanks to the high ratio gearing winch.

Safety is a priority. When the user releases the handle, the winch brake automatically engages.  Wheel brakes and included safety straps add to the stability during lifting. The tray table extends 24 inches/ 61 cm into the rack space.   Maneuverability is a breeze as the RL400 rotates 360° in a two-tile aisle.

The RL3000 is a manual lift designed to lift and move an entire, fully loaded cabinet.

With this server rack mover one technician can lift and move a fully loaded server cabinet from one location to another.

By moving an entire loaded cabinet, your data center will save time that is normally wasted disassembling and reassembling cabinets for relocation.

A variety of different racks, empty or fully populated, can be lifted and moved using the RL3000.  The RL3000 can also be used to raise cabinets temporarily to access the floor below and to lift cabinets from a pallet.

This is the ideal rack mount lift tool for your data center because now a single operator can relocate data center cabinets easily and safely.

The RL600C is a manual server lift built to your height specifications. It is used to safely, easily and efficiently lift up to 650 pounds in a “container data center” or “POD” with low doorways. It can also be made with extra height to reach taller cabinets found in some data centers.
The tray table extends 24 inches into the rack space for easy and complete insertion of equipment.

The first vertical lift module that has the capability and user friendliness to be called a vending machine.

Increase the security and accuracy of your unattended tool crib with a RFID portal that will provide complete inventory control.

The last mile in your supply chain management system. The Robocrib® VX500 is a robotic inventory tracking system for cutting tools, fasteners, shop supplies and PPE

Are you always focused on privacy, like HIPAA or FACTA or information management like SOX? ECM systems have the controls you need and deliver reports that make audits a breeze.

Replace paper forms with electronic forms to capture information and share it across the enterprise digitally.

Take control of information across the enterprise by restricting access to folders, documents, electronic files, fields, annotations, and other granular document properties.

The steps of a business process can be easily represented diagrammatically and automatically route documents to the right people at the right time.

What happens when teams have access to the information they need? They work together better and more work gets completed. Built-in collaboration tools let people edit, update, and approve versions as they go, no more exchanging emails and waiting for approvals.

Easily store business-critical documents in a digital repository, and instantly view or make edits to them.

The process of importing all your information into a digital repository.